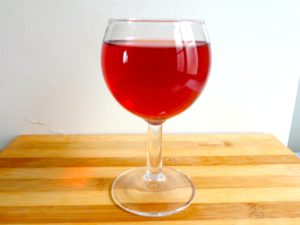 As this cocktails hails from Burgundy, it is traditionally made with a white Burgundy wine, most typically bourgogne aligoté. But these days many other whites are used — sauvignon from the Touraine region along the Loire is a popular choice, for example. You don’t have to break the bank to make a proper kir. Many, including myself, would recoil at the idea of adding crème de cassis to a fine Burgundy (like a Meursault, or even a Pouilly-Fuissé). But make sure the wine you use as a base would be drinkable on its own. Go for a dry, crisp white — and taste it before you add the cassis. If it’s too acidic, choose a different wine.

As for the crème de cassis, or black currant liqueur, many watered-down brands are sold, and these are best avoided. The real thing — made of the juice of crushed black currants macerated in red wine, eau de vie and sugar — should be thick and unctuous, with an alcohol content of 20 percent. Most commercially sold crème de cassis comes from the region around Dijon, in eastern Burgundy, but I’ve tasted cassis made by small producers elsewhere in Burgundy that is at least as good, if not better.

Pour the cassis into a wine glass. Add the white wine, and serve.

For a stronger kir, add an extra tablespoon of cassis. For a weaker drink (but this is not traditional!) cut the amount of cassis in half.

By the way, at the time the kir was invented, in the years after World War II, the proportion of cassis to wine was usually 1:3, not 1:4 as indicated above. But tastes have evolved, and as we tend to like our drinks less sweet and heady these days, the proportions have evolved as well.